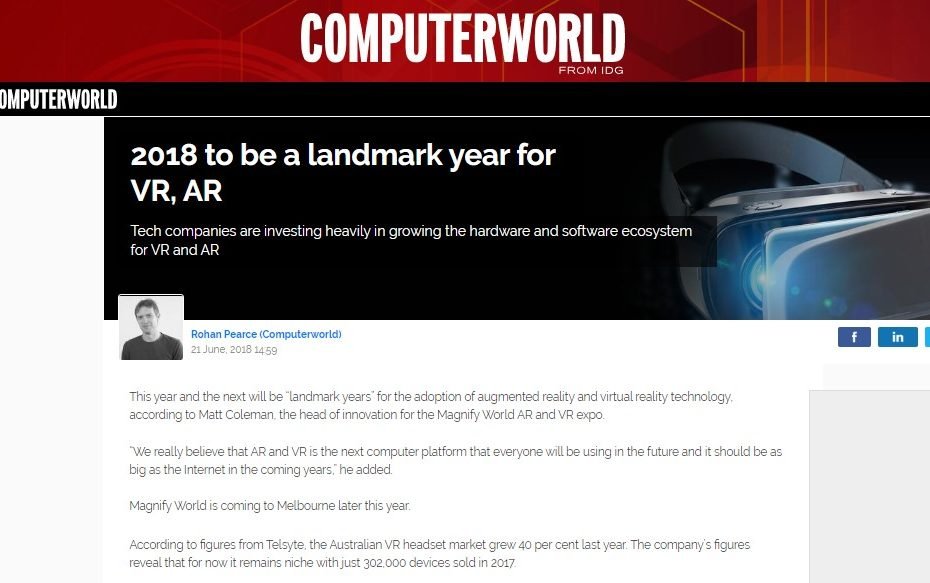 This year and the next will be “landmark years” for the adoption of augmented reality and virtual reality technology, according to Matt Coleman, the head of innovation for the Magnify World AR and VR expo.

“We really believe that AR and VR is the next computer platform that everyone will be using in the future and it should be as big as the Internet in the coming years,” he added.

Magnify World is coming to Melbourne later this year.

According to figures from Telsyte, the Australian VR headset market grew 40 per cent last year. The company’s figures reveal that for now it remains niche with just 302,000 devices sold in 2017.

However, the analyst firm is forecasting that by 2021, some 2.2 million Australian households will have a VR headset in use, and that VR headset annual revenue will be in excess of $200 million by 2020.

“The price points for the headsets have been higher than expected and I think that creates a bit of a barrier to the standard consumer,” Coleman said. “For example Microsoft HoloLens – a fantastic mixed reality headset although it’s definitely out of the reach of a normal consumer when they’re priced at three to eight grand.”