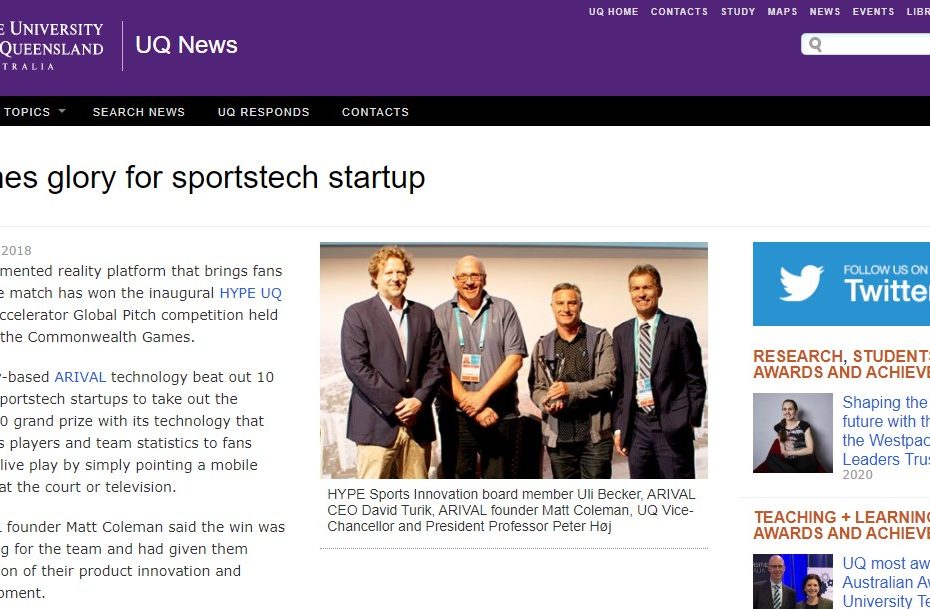 An augmented reality platform that brings fans into the match has won the inaugural HYPE UQ SPIN Accelerator Global Pitch competition held during the Commonwealth Games.

Sydney-based ARIVAL technology beat out 10 other sportstech startups to take out the $25,000 grand prize with its technology that delivers players and team statistics to fans during live play by simply pointing a mobile phone at the court or television.

ARIVAL founder Matt Coleman said the win was amazing for the team and had given them validation of their product innovation and development.