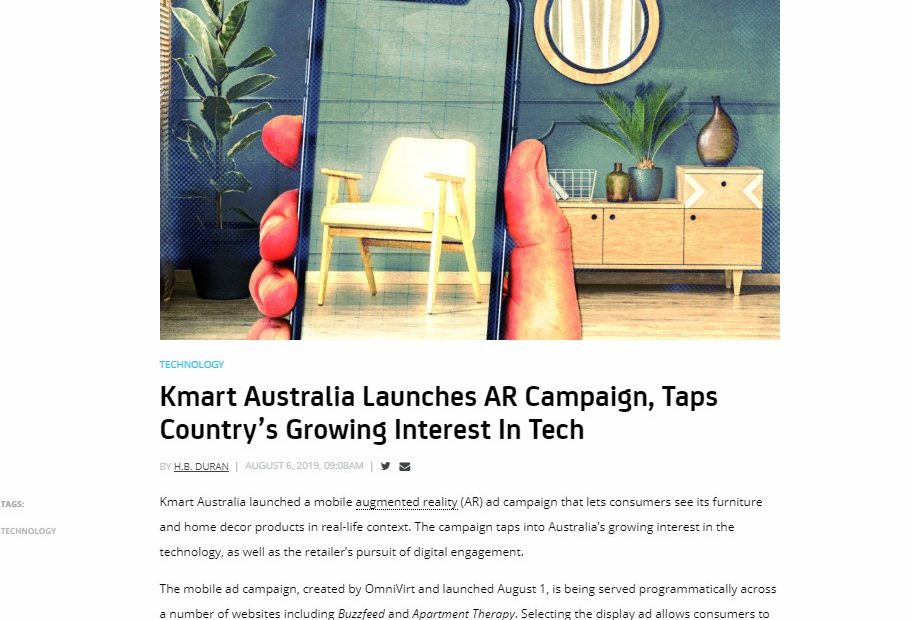 Kmart Australia launched a mobile augmented reality (AR) ad campaign that lets consumers see its furniture and home decor products in real-life context. The campaign taps into Australia’s growing interest in the technology, as well as the retailer’s pursuit of digital engagement.

“We think there’s going to be around a $1.6 billion AU ($1 billion USD) revenue opportunity for new companies and corporates in the Australian market over the next two years,” Coleman told ZDNet. “It’s much bigger than everybody thinks.”

In 2018, Magnify World Expo was held in Melbourne for the first time as part of the Victorian Government Digital Innovation Festival. AR and VR are expected to become a $150 billion market across all industry sectors, according to Magnify World head of innovation Matt Coleman.